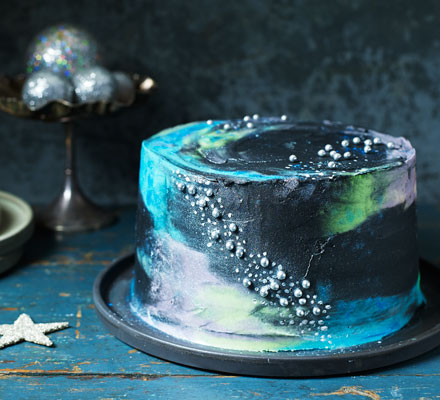 Step into another world with this galaxy themed, fudgy chocolate, salted caramel and Mars bar cake. The perfect bake for stargazers and children alike!

You can bake the sponges in advance and freeze them, well covered, and can even decorate them from frozen as this will make it easier to work with the buttercream.

We bought all the edible decoration ingredients from Amazon.

Please feel free to change the decorations as you see fit, use different colours, however you want. When creating a galaxy the possibilities are infinite.