Eating like a caveman, a.k.a the Paleo diet, seems to have become all the rage around the world. We aim to find out what the fuss is all about. Have you ever wondered what your diet would comprise of, and its impact on your body, if you went back to caveman times? Our diets have …

END_OF_DOCUMENT_TOKEN_TO_BE_REPLACED 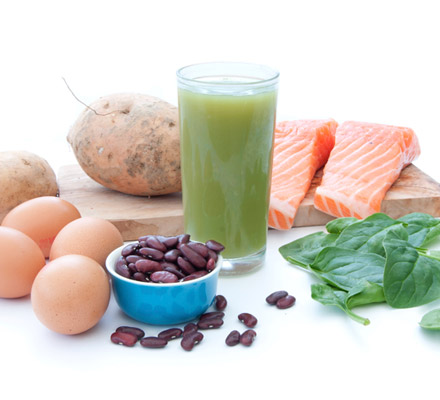 Eating like a caveman, a.k.a the Paleo diet, seems to have become all the rage around the world. We aim to find out what the fuss is all about.

Have you ever wondered what your diet would comprise of, and its impact on your body, if you went back to caveman times? Our diets have changed tremendously over the centuries, compared to what our ancestors ate. Back in the stone ages, people didn’t have access to refined flour, canned foods and processed meats, did they? Yet they lived long, healthy, hearty lives, leading nutrition experts to start considering whether a back-to-basics approach to food might be better suited for our bodies.

The Paleo diet, also known as the Caveman diet, is more of a nutritional plan, than a diet per se, and is based on the theory that we are genetically adapted to the diet of our Paleolithic ancestors, and that genetic disposition hasn’t changed much in the last 10,000 years. “We are not genetically suited to our modern, industrially-produced, agriculture-based diet,” says Heather Dale, certified holistic health nutritionist counselor and author of the cookbook Paleo Nutrition.

Christopher Zerbe, head chef of Dubai’s only Paleo restaurant, The Cycle Bistro, is also an avid follower of the diet. “It’s a study of how our genetic ancestors were able to sustain themselves with what was available to them, and how to apply it to our daily lives now in the present,” he says. Those following the Paleo are encouraged to eat the way our ancestors once did. This basically means we should only eat whatever produce was available at that point in time – naturally raised meat, poultry, fish, leafy greens, vegetables and seeds – and should eliminate processed foods, and things like added sugars, rice, corn, wheat, dairy and soy.

The Paleo diet was first recognised by gastroenterologist Walter L. Voegtlin in 1970s, when he published a book, Stone Age Diet: Based on In-Depth Studies of Human Ecology and the Diet of Man (Vantage Press), in 1975, after noticing positive changes in his patient’s gastrointestinal problems when they switched to the Paleo way. The nutrition plan continued to be studied and gather momentum in subsequent decades, but came into the spotlight in 2001, when Dr. Loren Cordain – official founder of the Paleolithic movement and a professor of health and expert science at Colorado State University – published his first book, The Paleo Diet (Houghton Mifflin Harcourt). Loren professed that certain foods made its way into diets about 10,000 years ago – a period not long enough for us to adapt to a change in eating habits. After thorough research on the body and fat measurements, he decided to look into a paper on Paleolithic Nutrition, published in 1987 by Dr. Boyd Eaton in the New England Journal of Medicine. Soon after, Loren released his first book, but his bestseller, The Paleo Diet Cookbook (Houghton Mifflin Harcourt) – which released in 2010 – was what brought international recognition to the pre-agricultural way of eating, and its health benefits.

The Paleo diet has seen increasing popularity around the world, and in the region, over the last few years, as it is a clean and healthy way of eating. “It mainly focuses on nutrient density, and includes foods packed with fatty acids, vitamins and minerals, to ensure your body is energetic and fit,” says Heather. The best part is that the diet is suitable for all ages. “Our ancestors didn’t grow crops of soy, grains, and sugar to make soy formula, crackers and rice cereal for their children to consume. Instead they gave them fish, meat, vegetables and fruits – real food!” she says. By feeding children the Paleo way, you make sure they don’t eat processed, sugar-laden foods, while teaching them the importance of eating healthy as well.

The main question on most people’s minds is how does one lose weight on a diet such as this? It’s simple! By eating only whole foods, you are losing all the stored fat, as the fat is being converted to energy – which would otherwise have come from processed carbohydrates. On the diet, you increase your intake of protein, lower carbohydrate intake, consume high fibre vegetables and fruits, load up on healthy fats and up your intake of Omega-3 and-6, as well as lower sodium intake while increasing potassium – to aid heart, kidney and organ functioning.

According to the experts, by sticking to this diet you can protect yourself from heart disease, notice an improvement in energy levels and mental functionality, slow down the progression of autoimmune diseases, and benefit from better athletic performance as well – which is ideal for those who exercise.

As with most diets, there are a few guidelines to keep in mind – most important being that you can eat only natural foods and avoid anything processed and refined (such as dairy, cereals, sugar, legumes and soft drinks). “By eating local and organic vegetables, fruits and meat, you aren’t allowing toxins to enter the body,” says Christopher. “It’s all about re-wiring our brains to savour only real food in its natural form,” adds Heather. The Paleo diet requires you to also eat about six times a day – every two-three hours – to maintain well-balanced blood sugar levels.

The diet is not just boring meat and vegetables though. Heather tells us that you can get innovative with recipes. “There’s a difference between Paleo recipes and traditional recipes. We use ingredients that are nutritious – think ground almonds or coconut flour instead of white wheat flour, and coconut sugar instead of refined white sugar. In my cookbook, you can find recipes such as sweet potato pancakes, cashew chicken curry, roast duck with cherry sauce and lime kiwi cheesecake – all paleo,” she says. It’s important to eat meals and snacks through the day, to aid the metabolic rate and help the body burn stored fat to energy. Heather also recommends trying to eat local, and organic whenever possible.

When it comes to cooking techniques – let’s face it, the cavemen didn’t have many options! It’s best to roast, slow-cook, grill, poach, and stew or braise, so that the meat, fish, chicken and vegetables stay juicy, but also retain nutrients during the cooking process. It’s important to remember that the Paleo is not the kind of diet which will leave you starving, instead you will be eating wholesome food that is good for you. Here are some important ingredients you should include in your diet:

For proteins: Wild caught fish, grass-fed beef, pasteurised chicken breast and eggs are all great sources of protein. These help keep you feel full for longer and are critical in bone development, repair of skin, hair, ligaments and muscles. These sort of foods help your body recover from an intense workout session as well.

For healthy fats: Avocados, nuts, olives, extra virgin olive oil, coconut oil and butter (from grass-fed cows) are all excellent sources of fats that can be converted to energy. Salmon, sardines, tuna and mackerel are also great as they are packed with Omega 3s.

For starchy carbohydrates: Yams, sweet potatoes, squash, beetroots, carrots and pumpkins are not only nutritious and loaded with carbohydrates, but they help boost energy levels too.

For other nutrients: Fruits and vegetables are the essentials of a Paleo diet as they provide the body with antioxidants, phytonutrients, fibre, and enzymes (when eaten raw) to allow energy conversion in the body.

Stephanie Goudie, 31, is a horse trainer from Scotland, and has been on the Paleo diet since 2012:

“I started on the diet as I was about to join a gym and wanted to start eating healthy at the same time. The Paleo diet was my first choice as it came in highly recommended by my trainers at my gym, and I have been on it since. Through the course, I have successfully cut out grains, pasta, dairy and bread, and have noticed a great improvement in my energy levels. When I do feel like indulging in say, a bowl of pasta, I think back to how sluggish it made me feel and how I wasted evenings resting at home because I’d had a heavy meal. I allow myself a cheat day once a week, but don’t feel tempted to eat foods that aren’t Paleo, as I fuel my body with vegetables, fruits, grass-fed beef, organic chicken, fish such as salmon and seabass, and carbohydrates such as bananas and sweet potatoes. I haven’t lost weight as such, because I’m training, but I feel leaner and more toned. I also find that I am mentally more alert, my energy levels are higher than ever, and my skin is brighter as well.”

A simple one day Paleo meal plan to follow

Breakfast: An omelette made from free-range eggs, with baby spinach salad, heirloom tomatoes, mushrooms and homemade baked sweet potato hash browns. Have a cup of black coffee or organic herbal tea as a beverage.

Snack: Three or four Medjool dates with a handful of raw almonds.