Farah Sawaf met up with Ken Hom of internationally renowned TV series, ‘Ken Hom’s Chinese Cookery’ fame, and came back blown away by his humility. As one of the world’s most influential and admired chefs, Ken Hom has been something of an ambassador of Chinese cuisine to the world. A bestselling author and TV show …

END_OF_DOCUMENT_TOKEN_TO_BE_REPLACED 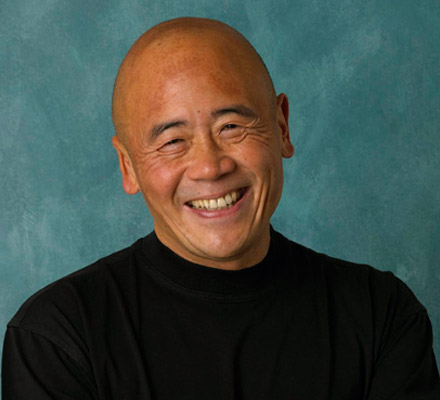 Farah Sawaf met up with Ken Hom of internationally renowned TV series, ‘Ken Hom’s Chinese Cookery’ fame, and came back blown away by his humility.

As one of the world’s most influential and admired chefs, Ken Hom has been something of an ambassador of Chinese cuisine to the world. A bestselling author and TV show host, Hom’s Chinese Cookery remains a staple with millions of household libraries, having been printed in over 14 languages – including an Arabic title that was published in 2012 – and is still in print, since its first run in 1984. And that’s just one of over 20 he’s penned. ‘Exploring China: A Culinary Adventure’ is his most recent BBC TV Series, accompanied by a new cookbook containing one hundred recipes from the journey. Some of his other popular books include Foolproof Chinese Cookery and Complete Chinese cookbook. He also recently presented the documentary ‘The Noodle Road’. What Ken has probably gained international recognition for, amongst the masses, is his line of cookware sold throughout the world since 1986, which he has designed to combine both practicality and ease of use for even the most casual of chefs.

Born and bred in the US, Ken moved to Europe after being scouted for a BBC TV show in 1984, and is currently based in southwest France, but spends a lot of his time travelling. Ken was awarded an OBE in 2009 for ‘his services to the culinary arts’. With a constant focus on healthy cooking, Ken can be credited with demystifying authentic Chinese cuisine for non-Chinese, helping bring its true essence alive through his books, TV shows, products, and consultancies with different restaurants and brands around the world. His latest endeavour is in Rio de Janeiro, where he has been acting as food consultant for a new restaurant slated to open later this year. However, when you meet this charming and incredibly humble man who is committed to charity – he has been a global ambassador for Action Against Hunger since 2008 – you wouldn’t be able to tell his is an international celebrity. He offers us a window into his life.

Did you always know that cooking was a career you wanted to dedicate yourself to?

I first started cooking as an after-school job at the age of eleven when I joined my uncle’s Chinese restaurant in Chicago. Working in a Chinese kitchen was all very natural to me, given that I had spent a substantial portion of my eleven short years observing genuine talent – my family – put together meals for us on a daily basis. As such, the interest I had in what was initially a part-time job evolved into a bona fide passion, and ultimately took over my life. This first step into a professional kitchen gave me the foundation I needed and as I grew up, I used this experience to help pay for my university fees. My big break came about when BBC was looking for a Chinese chef and, following some kind recommendations from other chefs, I seemed to fit the profile they were looking for.

There is a misconception on Chinese cuisine – that all dishes have the same flavours and are generally unhealthy. Your thoughts?

First of all, I need to emphasise the fact that Chinese cuisine is not typically fried! Fried dishes only entered the Chinese culinary vernacular in order to open up to non-Chinese tastebuds. Somehow this transitioned into the mass-produced, fast food-out-of-a-box that is associated with Chinese food today. However the reality is that Chinese cooking is all about fresh ingredients – nothing canned, no bottled sauces, steaming and stir-frying with fresh oil. Steaming locks in fresh flavors, keeping it moist. In other words, if an ingredient (such as fish) is not fresh, steaming will bring that out. On the other hand, frying hides anything that is not fresh. As such, steaming accentuates flavours of the ingredient, whereas frying covers them up.I am a proponent of healthy eating and by doing what I love, I can share my expertise and help overcome commonly held stereotypes linking Chinese cuisine with fake flavours.

Chinese cuisine also has a negative image because of its use of MSG, which is known to be bad for health. What is your take on this?

MSG is a white crystalline extract of grains and vegetables widely used to tenderise and enhance the natural flavour of certain foods, particularly meat, in Japan and China, and in Western food processing. Some people have an adverse reaction to it, experiencing symptoms such as headaches, excessive thirst and palpitations. This allergic response is sometimes known as ‘Chinese restaurant syndrome’. I believe that the freshest and finest ingredients need no enhancing and therefore, I never use MSG.

‘Textures’ are a new criteria of assessment introduced by Michelin star ratings in order to better review food. Can you please describe how this relates to Chinese cuisine?

Texture is indeed an integral element of the Chinese culinary landscape. Not only is our cuisine meant to be tasted and seen, it is just as much about how it feels in your mouth. Furthermore, there are certain meals that are intended to be experienced through the sense of sound. As you can see, there are dimensions of cooking that only the Chinese tradition has brought to the global stage. Ultimately, these are essential elements of our culinary history that make our food so well-rounded.

You’re known the world over for your line of woks. How important is a wok for Chinese cooking?

It is absolutely imperative to use a wok when making my recipes. The wok is a perfect example of a working ‘tool’ within the Chinese culinary traditions. Not only is it a historical implement, but even from a scientific point of view, a wok retains heat extremely well. I designed the perfect wok back in 1986 and since then millions have been sold worldwide.

My cooking is all about fresh, healthy food with deep flavours.

What is the one ingredient that you could not live without?

Soy sauce is one ingredient that is a constant staple in my kitchen cabinet. That said, I am a firm believer in working with what you have and what’s locally available to you.

Your work takes you around the world. How does all this travel influence your cooking?

Travel is important to me, as I want to explore what the world has to offer, dish by dish. We all have so much in common when it comes to raw ingredients, it’s the seasonings and methods that differentiate each culture from another, and I hope to travel to many more places in the world for enriching cultural experiences that add depth to my life! Last year, I visited Spain, Holland, Germany, Australia, Brazil, USA, Hong Kong, Thailand, Malaysia, UK, Slovenia, Belgium, Singapore and the Czech Republic in 12 months. I’m sure many more countries will be coming on my path.

You are very active in your charity work with Action Against Hunger. Why is this cause important to you?

As a chef, I feel no one in the world should be hungry! Regardless of whether we are professional chefs at a restaurant, or amateur ones having fun at home, we all need to make a concerted effort to cut down wastage. Restaurant chefs in particular, have a responsibility to limit wastage. I even tell my chef friends to always take a look into their waste bin, as, even from a business efficiency perspective, it is money they have just thrown away.

What are your thoughts on Dubai, would you ever think about a project here?

I would love to do something here in Dubai one day, since it is a city with so much culinary potential. This is my idea of paradise in that it is both simultaneously exotic and relaxing. I am always visiting Dubai for business, so I have yet to experience the relaxing side!

Finally, what is your biggest tip for aspiring chefs?

I think the most important thing is to love what you do and cook from your gut; the more you love to do it, the better the result will be. To be a good cook is not just about following a recipe, but more about the passion and love you invest into your food.