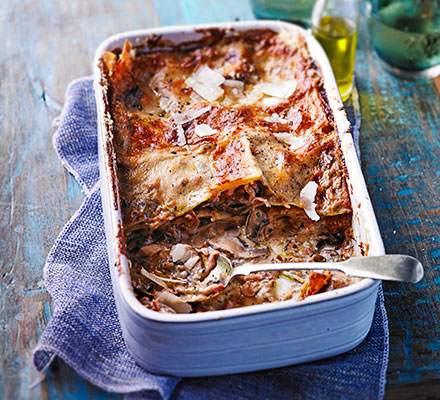 A luxury porcini and Portobello mushroom lasagne with a sumptuous creamy sauce, and a drizzle of truffle oil if you like