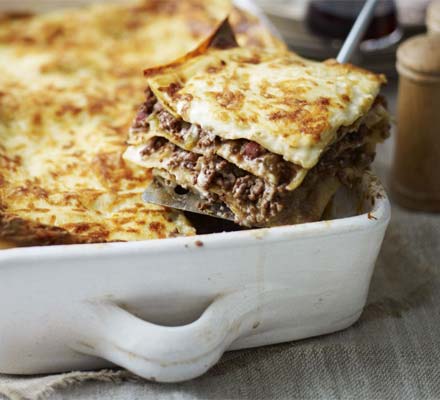 Prepare ahead
Assemble the lasagne completely, then cool. Wrap well in cling film and freeze for up to 3 months. Transfer to the fridge 48 hrs before you want to cook it to defrost, then bake as directed, checking after 1 hr in case it needs an extra 10-15 mins. (If you’ve frozen any leftovers, defrost in the fridge, then reheat in the microwave until piping hot).Make it different
Add a thin layer of ham on top of each layer of béchamel sauce. Or swap the carrot for 2 finely chopped fennel bulbs to add an aniseed note to the meat sauce.
MPU 2