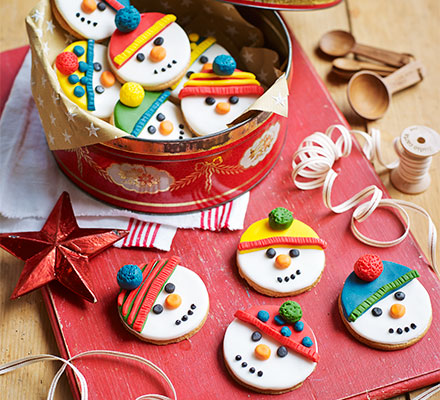 Get little ones to help decorate these festive snowman biscuits. You can bake and freeze the biscuits ahead, then bring them out for a winter’s day activity

Get creative with your decorations – we used blue, green, red and yellow for our hats, but you could mix it up with pink and purple, if you like.