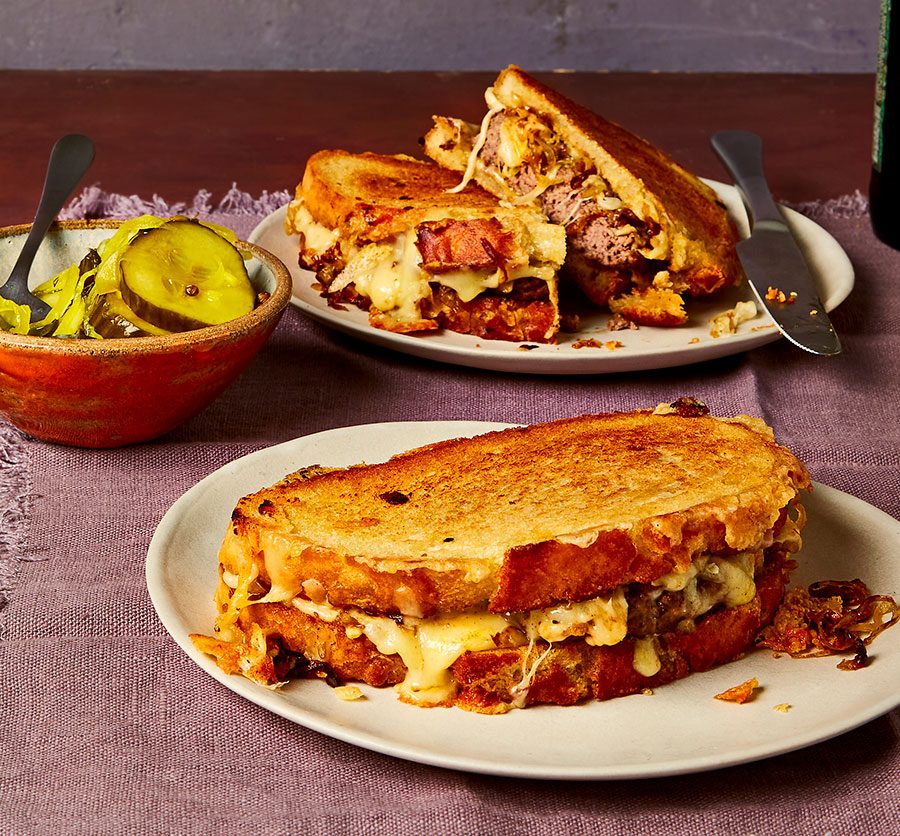 WHAT IS A PATTY MELT?

A patty melt is a classic American diner recipe – a cross between a burger and ‘grilled cheese’, or cheese toastie. It’s typically made with rye bread and American cheese, but some versions also include thousand island dressing – a creamy, mayonnaise-based salad dressing. This version uses Dijon mustard and cheddar, and is wonderful with homemade sourdough.

Skip step one, then add a spoonful of gochujang and a pinch of sesame seeds to the grated cheese at the end of step four. Layer the toastie with kimchi and sliced spring onions, instead of caramelised onions, for an umami kick in step five.

Swap the burger patties for thick slices of salt beef or a few layers of pastrami, then add sauerkraut with the cooked onions in step five, plus a few sliced pickled gherkins for a deli-style flourish.
MPU 2