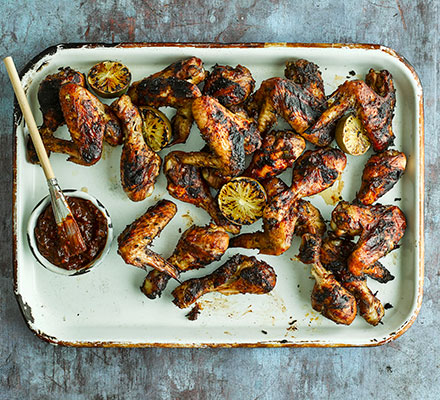 Discover how to cook BBQ chicken like a pro. The meat falls off the bone, and the marinade has a lovely balance of sweet, salty and spicy flavours