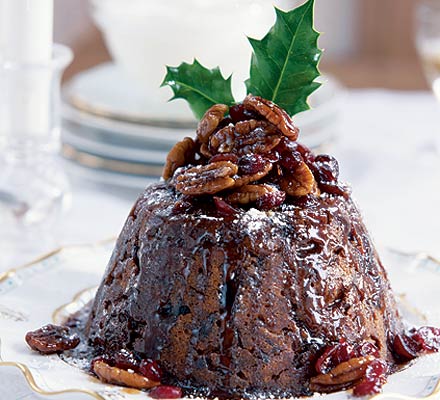 Classic brandy butter
If you prefer to serve classic brandy butter instead of the pecan sauce, cream 100g/4oz butter with 85g/3oz golden caster sugar and 50g/2oz light muscovado sugar. Beat in 4 tbsp brandy, spoon into a dish and fork attractively. This can be made up to 2 weeks ahead or frozen.
MPU 2