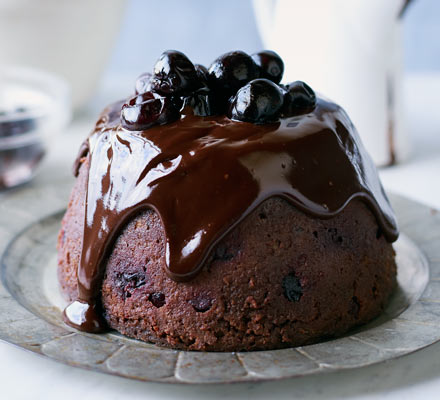 A twist on the classic Christmas pudding,  our cherry version is served with silky dark chocolate, a rich brandy sauce and a dollop of double cream

This pudding can be made up to two months in advance.

Giving as a gift?

Planning on gifting this festive pudding? Wrap in a festive tea towl tied with string or ribbon, then write the instructions for the sauce on a pretty tag, or, print of our handy ready-made gift tag.