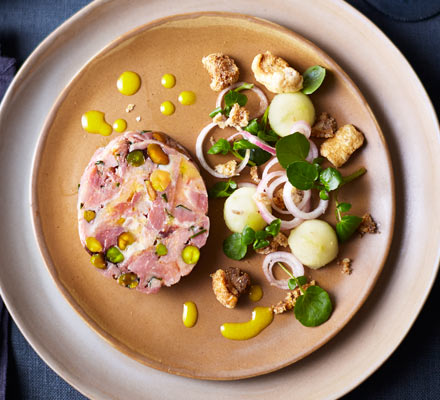 If you're looking for a Christmas classic with a twist, this French ham hock and pistachio terrine, transformed into a modern make-ahead starter is for you