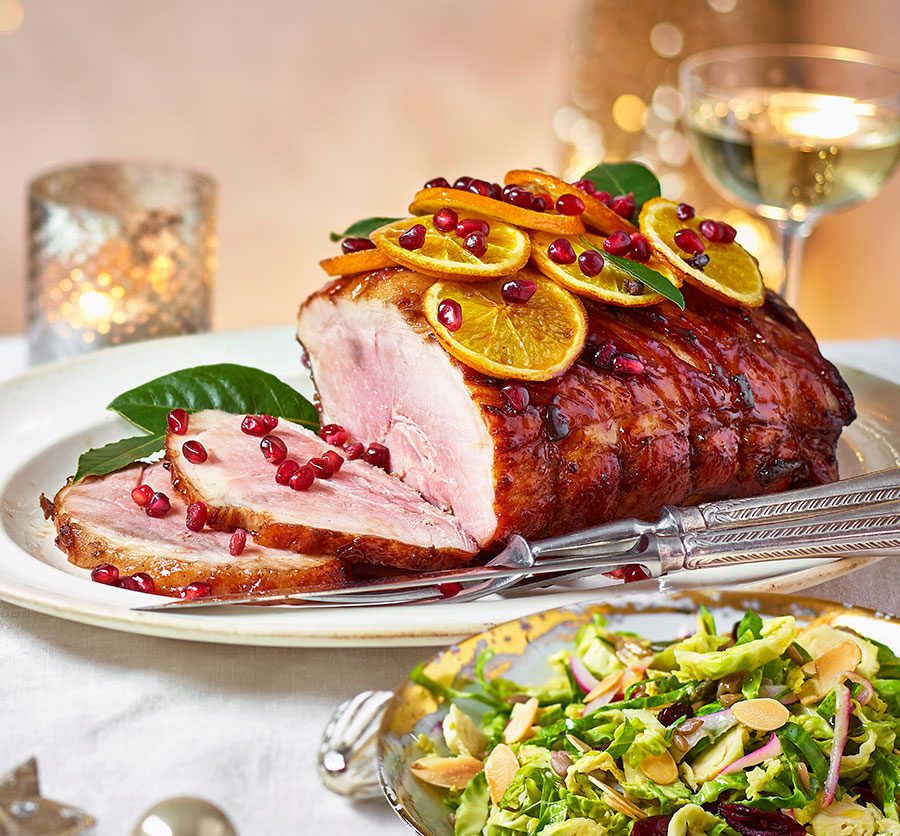 Serve our glazed ham warm in thin slices alongside the Christmas turkey. This one has a sticky sweet-and-sour glaze made with pomegranate molasses and orange

Follow our ham recipe up to step 3, then warm 150g marmalade in a saucepan with 100g light brown soft sugar, the juice of 2 limes, 2cm piece ginger, peeled and grated, and 2 star anise. Stir until the sugar and marmalade have dissolved. Leave to cool slightly until thickened. Brush this over the ham and stud with 10 star anise. Bake for 30 mins, basting with the glaze a few times as it bakes. Serve with braised red cabbage or jacket potatoes.

Follow our ham recipe up to step 3, then warm 90g demerara sugar in a saucepan with 50ml cider vinegar, 3 tbsp brown miso paste, 3 tbsp honey, 1 tbsp dry sherry, 1 tbsp English mustard and 1 tsp Chinese five-spice powder. Stir until combined and loosened. Brush half over the ham and bake for 15 mins. Brush with the rest of the glaze and bake for 15 mins more until sticky and caramelised.
MPU 2