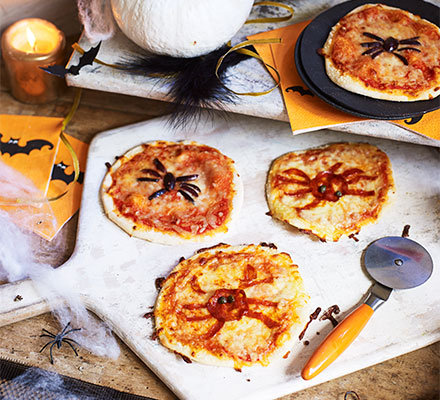 Whip up these fun pizzas for a Halloween party. There are plenty of ways to make the spiders on top – we’ve used olives and salami but peppers work well too