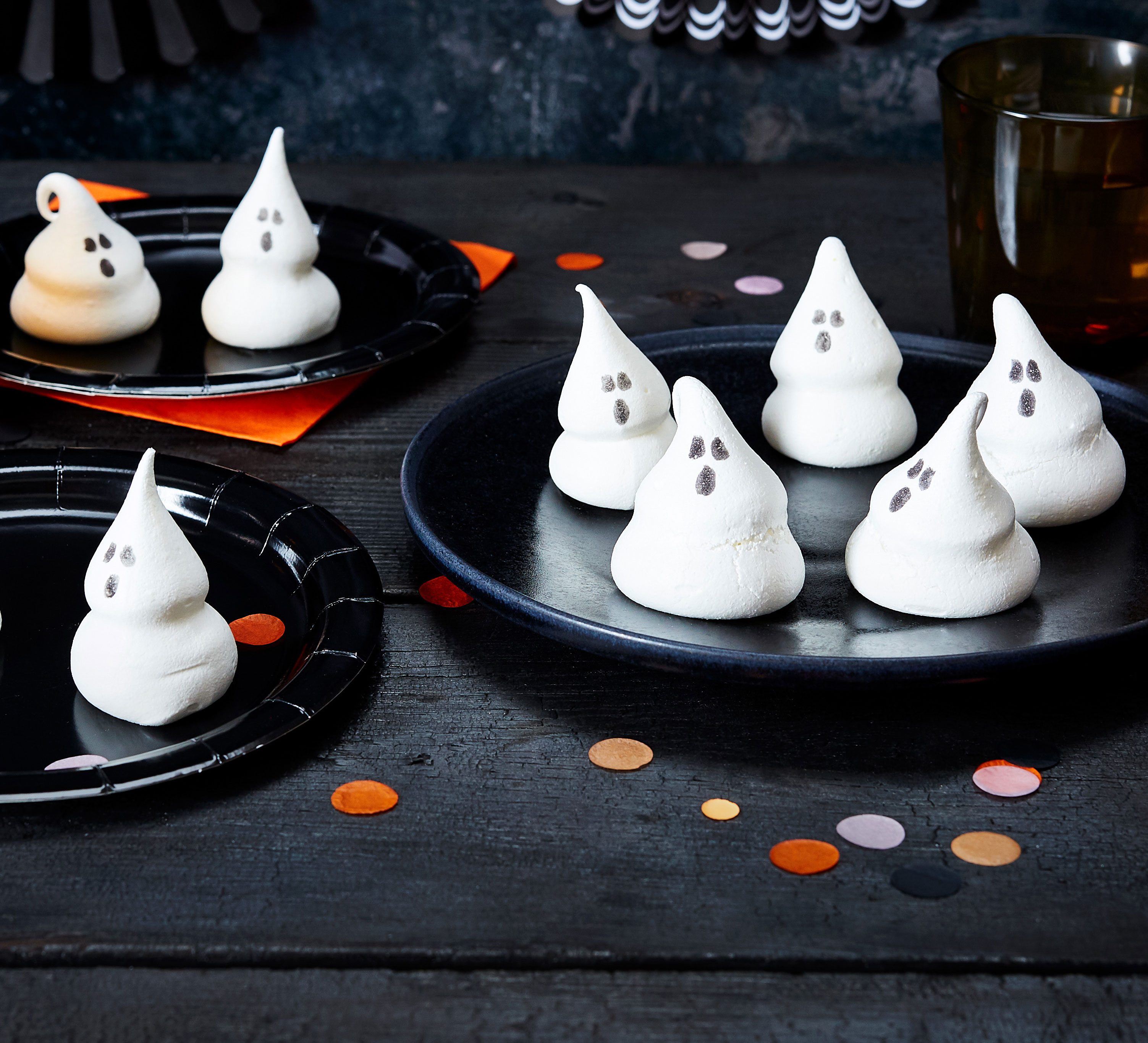 By The Meringue Girls

Make a batch of ghoulish meringue ghosts for your next Halloween party. These cute mallowy meringues are delicious on their own or great for decorating bakes

The time it takes to whisk your egg whites can vary – it should be 5-7 mins but keep a close eye on them and start adding sugar once you have soft peaks. This will vary depending on your mixer, the freshness of the eggs, the weather.
Piping tips