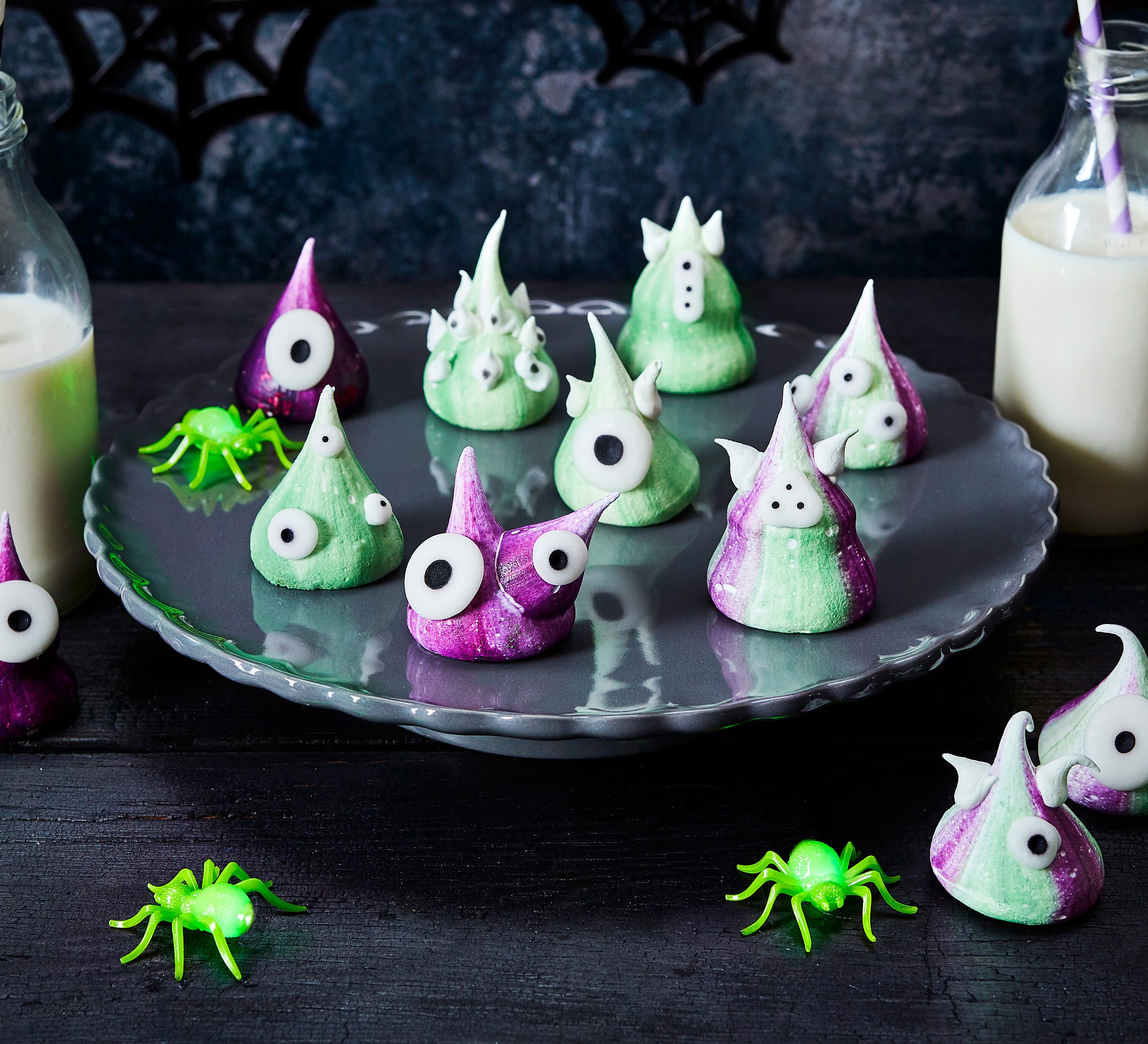 By The Meringue Girls

Make a colourful and creative set of meringue monsters to complete your Halloween party spread. Mix colours and designs to make different designs

Decorating your monstersUse a little bit of stiff royal icing to stick on shop bought or homemade googly eyes to the monsters – 1 eye, 3 eyes, you decide! Give them all their own character.