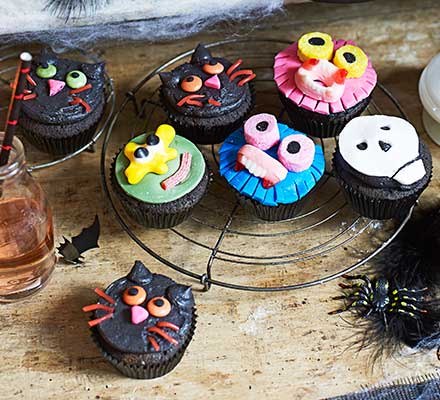 Bake our Halloween cupcakes for your little monsters. With black velvet sponge and scary faces made using simple icing techniques, they're spookily good

How to decorate with icing