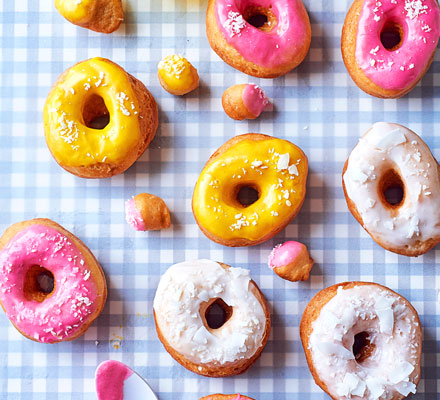 The trick to light, fluffy doughnuts is to develop the gluten by kneading well and leaving to rise for as long as you dare

It's important to take care when cooking with hot oil - read our guide on how to deep-fry safely to avoid accidents in the kitchen.