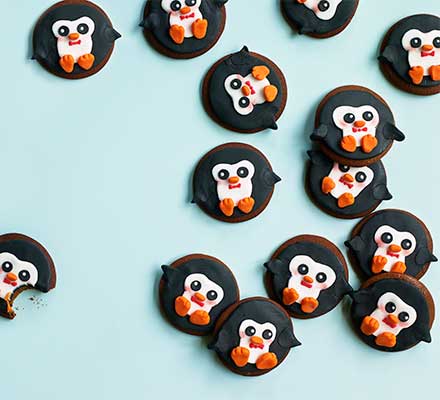 Make a batch of cute Christmas gingerbread penguins and you'll be everyone’s favourite person. Give them as gifts, or serve them at a festive afternoon tea

Check that your biscuits are ready

To test for doneness, press the biscuits with your finger – the gingerbread should spring right back.