One of the key drivers of modern Mexican cuisine, chef Richard Sandoval grew up as the son of an expert restaurateur and an extended family of food lovers – surrounded by his grandmother’s authentic recipes. Now, with almost three dozen restaurants worldwide, he’s opened his third in Dubai, Zengo, a Mexican-Singaporean fusion concept, and is …

END_OF_DOCUMENT_TOKEN_TO_BE_REPLACED 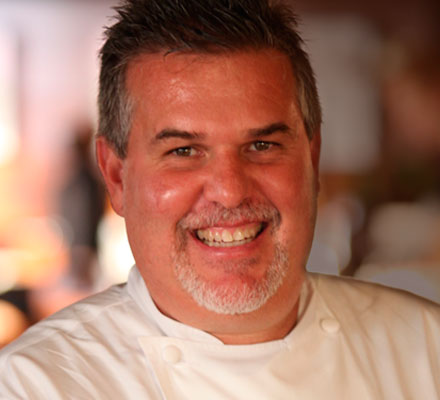 One of the key drivers of modern Mexican cuisine, chef Richard Sandoval grew up as the son of an expert restaurateur and an extended family of food lovers – surrounded by his grandmother’s authentic recipes. Now, with almost three dozen restaurants worldwide, he’s opened his third in Dubai, Zengo, a Mexican-Singaporean fusion concept, and is still raring to go.

As a child in Mexico City, Richard Sandoval joined his grandmother in the kitchen and then gathered around her large table with family to enjoy lively Mexican feasts prepared from scratch. What did he learn at her side?

To respect fresh, authentic, ingredients and how to mix the vibrant flavours that turned everyday family dinners into celebrated events. Combined with his father’s restaurant skills gave him critical lessons in service and restaurant management.

However, being a chef was not his first career choice. Instead, he hoped to become a professional tennis star until a tough stint on the European circuit made him decide to turn “to what I really enjoyed: cooking”. He enrolled in the Culinary Institute of America and before too long opened two contemporary French restaurants in New York. However, the call of his childhood drove him to open, in 1997, his flagship modern Mexican restaurant Maya in the city. His career and culinary empire took off and, in rapid succession, he became a consultant, a TV chef, cookbook author and a brand ambassador. Along the way he assembled a leading global restaurant group.

Although he is still firmly rooted in his beloved Mexican cuisines, he also enjoys combining Mexican flavours and ingredients with those of other cultures, along the way creating new and unexpected concepts and cuisines such as modern and coastal Mexican, Latin-Asian, and Pan-Latin.

The chef who describes his culinary philosophy as being all about ‘balance, taste and texture’ was in Dubai recently to open his latest venture, Zengo. He chatted to us about his new restaurant, Mexican cuisine, and why, after all these years, food continues to excite him.

Back again – it seems like you can’t stay away from Dubai!

I think this is the most exciting city in the world. I was one of the very first big name chefs to set up here and I don’t see an end to growth.

You’re opening your third restaurant here. Do you think there’s room for more?

I hope so! To be honest, this restaurant was the hotel’s idea – they’d seen my other Zengos and thought the idea would work here. It’s Asian-meets-Latin American with Chef Akmal Anuar, who I met in Singapore when he was head chef of Iggy’s. We hit it off straight away and it’s been very interesting and inspiring developing the menu with him.

As you aren’t based in the same place, how have you been working together to develop the concepts?

We’ve been meeting up as often as we can. When that happens, he would show me things, I would show him others and we’d develop ideas together. He’s a very intuitive chef and we haven’t any borders between us. The menu is very ingredient driven and we’ll have some products unique to us – certain chillies, for example. I think we’ve both learned a lot. Personally, I’ve no ego in the kitchen – it’s all about the food and, as people travel more and more, they’ll get the idea of the mix.

Do you find it depressing that Mexican food is largely misunderstood outside of the country?

I do find it is misunderstood. It was even worse 20 years ago but everyone still thinks Tex-Mex is what our cuisine is all about – tacos and burritos. I am very excited now that Mexican cuisine is having a re- birth, it’s great to see people appreciate the diversity of our cuisine and really being exposed to all the different chiles, and wonderful ingredients Mexico has to offer; now, they are seeing the real deal!

Are there a lot of regional variations in the cuisine?

I believe Mexican cooking is more land- and sea-driven than regional, even though every area has ingredients indigenous to it. I think in all the coasts you find great ceviches, ague chiles, grilled whole fish marinated in adobos and dried chiles, sea food tacos, also great tamales stuffed with seafood and the famous sea food tacos. Inland, you find great moles with wild game, amazing tamales stuffed with pork or chicken or wild mushrooms, great pipians [a Mexican sauce] and stews, and many other tacos, tortas and so on.

So what excites you about the cuisine?

Mexican food is incredibly diverse and regional and you really need to understand the ingredients and how to use them. My passion is still to create dishes that people understand. We have an amazing cuisine – it deserves more attention. I think I’ve done a fair bit to help bring it up-to-date as have other chefs like Rick Bayliss, but we’re just showcasing the cuisine in a new way. Mexico is still a poor country.

How exactly do you define modern Mexican cuisine?

Modern Mexican, I like to define as old ways in new hands – I have taken traditional recipes that I grew up eating at my grandmother’s house, and combined them with modern cooking techniques. Also, I have cut out lard as it was very commonly used, but is unhealthy, and I have also modernised the presentation to make the food more appealing.

From tennis to cooking, has the journey been fulfilling?

When I first started, when I was cooking every day, I got the same adrenaline rush that I would get playing a tennis match as being on the line and things were just clicking. For me, it was the same rush as being in a tennis match.

When do you think you’ll stop opening new restaurants?

I don’t know! I love new experiences and I’m not a cookie cutter kind of guy. At the moment I’m looking forward to opening Toro Toro Doha, and five more restaurants in Chicago, D.C and Mexico. I think the way the industry is going is that people will go to a fine dining place maybe once a month, but increasingly they’ll want lifestyle restaurants – still good food but more relaxed.

That certainly seems to be the trend…

Virtually all the top chefs now have casual places, they’re affordable but, crucially, more approachable. Remember, spending 200 dollars on a meal is not for everyone. I love food but I also like to take off with the kids to a beach or the mountains and just relax. Maybe I should open a shrimp shack!

Or a food truck perhaps?Do you think the food truck concept will work here? We’ve just had a number of them licensed to operate on a roaming basis.

It’s certainly a great way for younger chefs to get a start and take ownership. The problem is, from a restaurateur’s perspective, that they can really hurt our business. Look at the investment we put into a restaurant and then, bang!, out of nowhere ten food trucks are parked across the street. Somehow we need a level playing field. Sure, we can do a steak sandwich and a drink for ten bucks just like they do but that doesn’t cover our investment.

What’s your take on the Dubai restaurant scene at present?

The city has certainly changed dramatically but I think it needs, in food terms, to develop its own identity. Now it’s just importing expensive produce for absentee chefs…

I don’t remember who originally told me this, but it was ‘to stay humble’. It’s important to keep yourself grounded. In many ways, I’m still the same person today that I was 17 years ago when I first started in this business. I like to get to know the dishwashers, bartenders and cooks in all my restaurants. Those connections have helped me stay grounded; they help me keep learning. Once I stop learning, that’s my last day in the industry.