What’s the concept? Traiteur restaurant has closed down, but the Traiteur brunch has stayed on at Park Hyatt Dubai. Regularly voted one of the top brunches in Dubai, it’s not surprising that the hotel has decided to keep the Friday fixture in place, even after the closure of its namesake restaurant. Situated in the same …

END_OF_DOCUMENT_TOKEN_TO_BE_REPLACED 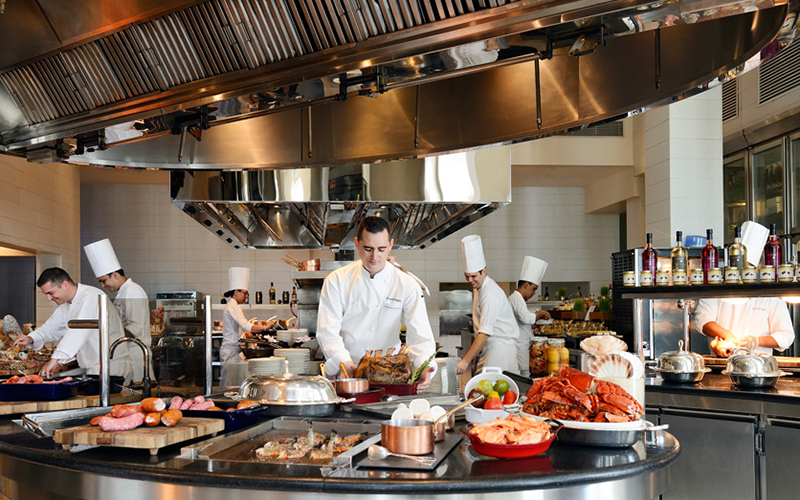 Traiteur restaurant has closed down, but the Traiteur brunch has stayed on at Park Hyatt Dubai. Regularly voted one of the top brunches in Dubai, it’s not surprising that the hotel has decided to keep the Friday fixture in place, even after the closure of its namesake restaurant. Situated in the same spot, the brunch now takes place at the newly launched Brasserie Du Park French restaurant. The new contemporary French eatery is part of a wider rebranding at Park Hyatt Dubai, which includes the launch of two more restaurants (NOÉPE and seventyseventy) in their new foodie hub called The Promenade.

There is plenty of overlap between the old Traiteur brunch and the new one – which is no bad thing. Traiteur remains one of the best high end (and extravagant) brunches in the city. There’s an entire room dedicated to fresh seafood, with tables piled high with fresh oysters, mussels, clams, shrimp along with both raw and cooked salmon and tuna. In the main restaurant, there’s an open kitchen, with five-star chefs cooking up a range of dishes to order (expect froi gras, roast beef, along with some less common options such as escargots). Cheese fans will be impressed with the restaurants impress range of both French and international cheeses, along with plenty of chuntneys, jams, crackers, breads and grapes to accompany every flavour. For dessert head to the restaurant’s special dessert room tucked away at the back of the restaurant. The room feels a like bit visiting Willy Wonka’s chocolate factory with every sweet tooth fantasy catered to, including a giant chocolate fountain, marshmallows and fruits along with tons of both French and international desserts and puddings. There’s also a table service of free flow French bubbly available throughout the brunch, along with premium red and white options and a range of other drinks available to-order from the inhouse mixologists.

The service was impeccable. The staff could easily discuss the different dishes available, and were on the ball with topping up drinks at the table. The chefs were quick to serve the different dishes from the live cooking area, and there was no queue to get dishes, despite the brunch being busy.

The brunch is popular with Dubai’s well-heeled crowds and comes with a smart-casual dress code. The best seats are out on the restaurants decking, overlooking the yachts on Dubai Creek. Inside doesn’t disappoint either, the restaurant has a fantastic atmosphere created by the open plan cooking area, and French-themed décor.