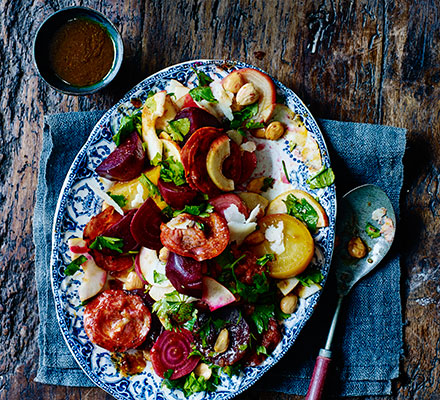 The beetroot in this dish works really well with the salty, smoky chorizo and smooth Spanish cheese.This salad is wonderful to eat just as it is – serve with some crusty bread. It also makes a great side dish for a paprika- rubbed roast chicken or hake fillets. You could also serve this for a starter, topped with some fried quail’s eggs.