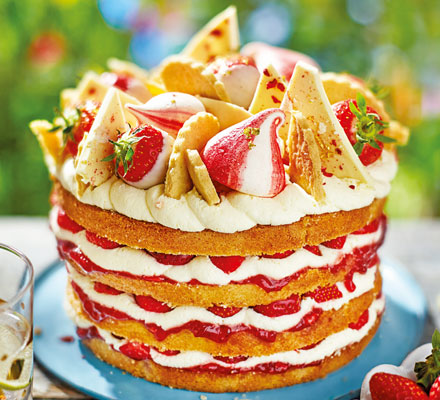 This generous cake is big enough to feed a crowd and is a combination of all our favourite summer ingredients: strawberries, Victoria sponge, meringues, fresh cream, white chocolate and buttery shortbread

Jazz up the jam

Mix in a few small finely diced strawberries to loosen the jam and add a fresh strawberry coulis quality to the topping.