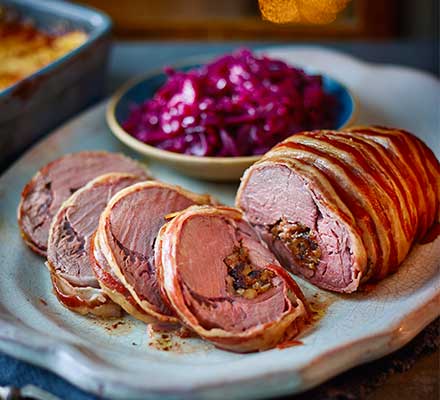 Venison might not be the first meat that comes to mind when choosing a roast, but it gives great results – especially when stuffed with prunes and brioche