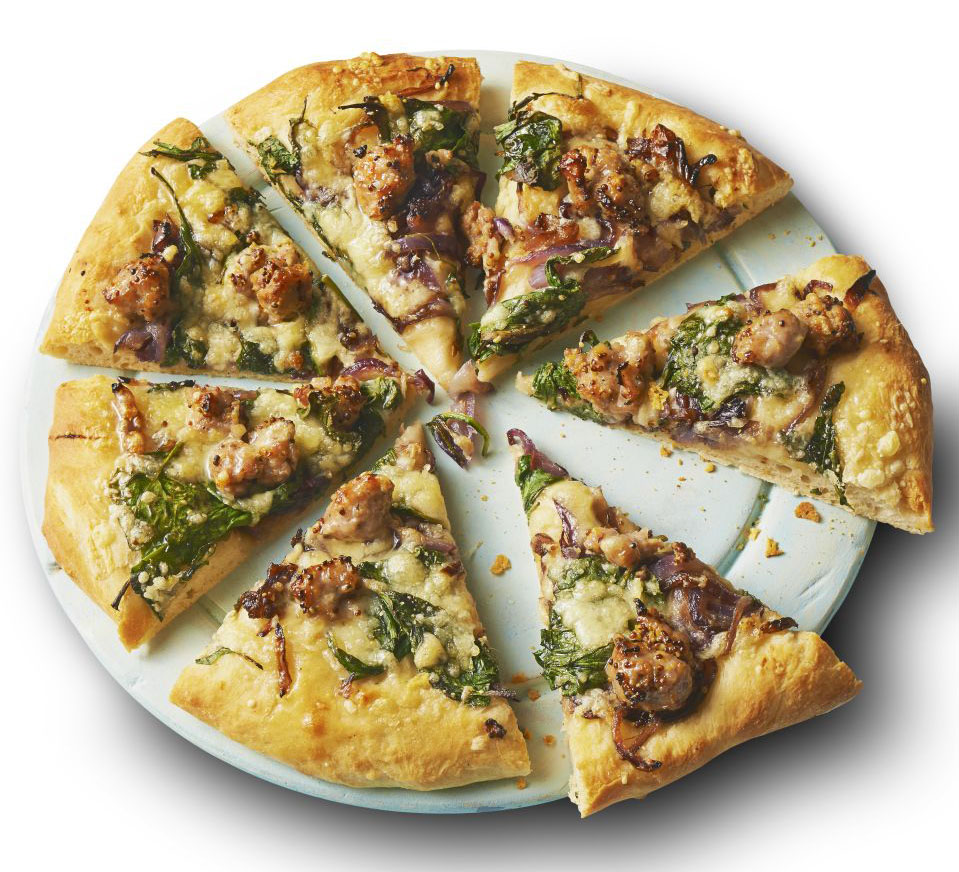 Contains pork – recipe is for non-Muslims only
Use ciabatta bread mix as an easy homemade pizza dough – top with balsamic onions, spinach and sausage meat for a quick weeknight dinner