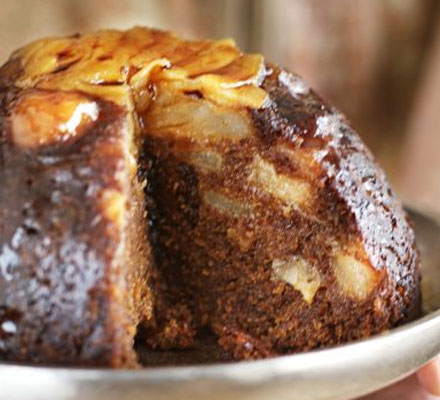 Transporting the pudding
Once the pudding has baked, cool in the basin and cover. Make the syrup, cool and pour into a microwaveable container. At the party, reheat the pudding in the microwave for 5 mins on High, then turn out onto a serving plate. Warm the syrup for 1 min on Medium or until hot, then spoon over.