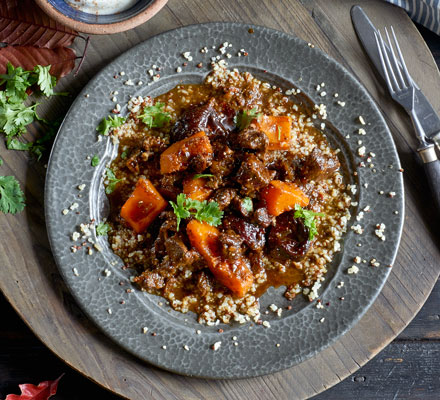 Fragrantly spiced, this Moroccan-style stew with ginger, cinnamon and cloves will become your go-to main dish for a make ahead dinner party menu