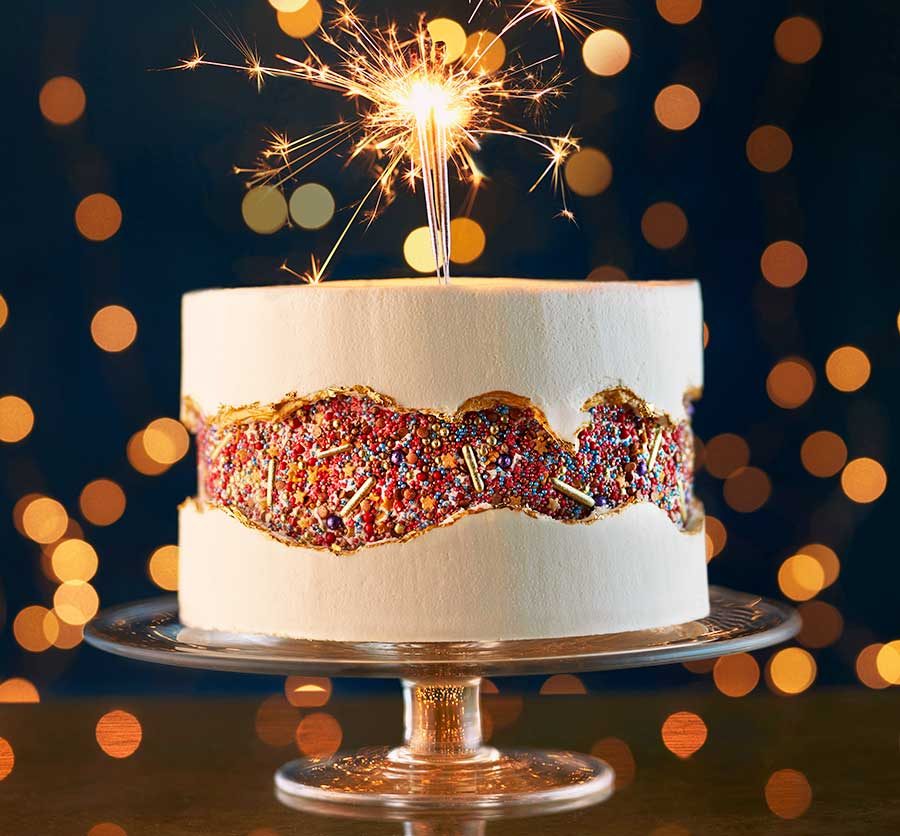 Wow guests with this magical celebration cake. Layers of gently spiced sponge are wrapped in fluffy vanilla buttercream and glittering sparkles – this bake is something special

While it’s not essential, keen cake bakers may want to invest in the below. They don’t cost much, and will take your baking and decorating to the next level.

A 20cm cake board will make the cake much easier to assemble, and transfer to and from the fridge. If you like, you can cover the board with icing so it’s not visible when the cake is fully decorated, then just pop it on a nice stand or serving plate.

Icing a cake is so much easier with a turntable, as you can spin the cake in a steady, smooth motion.

Get flawlessly smooth icing using a scraper. If you don’t have one, you can make your own by cutting a piece of thick plastic into a rectangle about the size of a passport.

This will make applying icing to the side of the cake much easier.
MPU 2