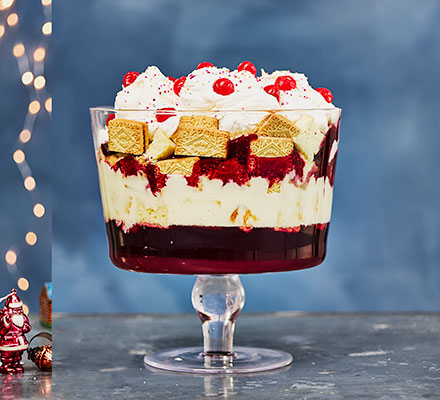 Take trifle to the next level for the festive season. Make the jelly with raspberries and enrich the custard with clotted cream for ultra indulgence