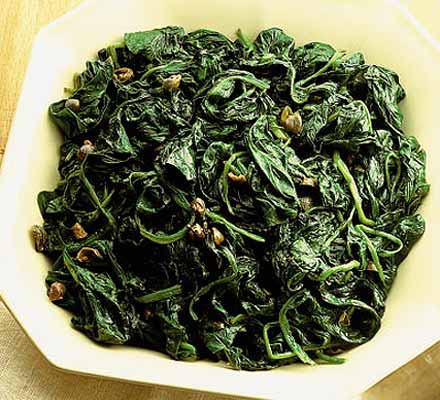 Prepare ahead vegetables, great for a Sunday lunch

Getting ahead
Blanch the spinach up to 24 hours ahead, drain and dry it, then refrigerate. Bring it to room temperature before proceeding. The butter can be clarified up to 2 weeks in advance and kept refrigerated.What's a 'Spider'?
This is a wire-mesh shallow ladle with a long handle that Chinese chefs use to fling food in and out of woks. You can use it in this instance for scooping spinach out of the water.