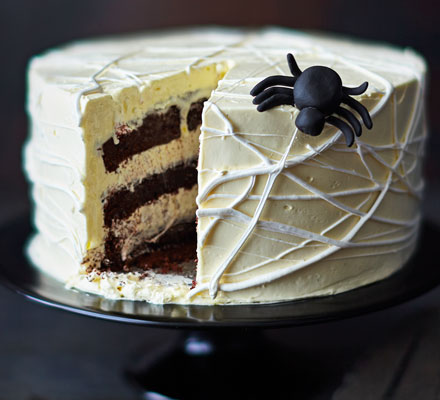 To make sure the decoration looks its best, chill the cake until the buttercream is very firm before you add the cobwebs. Once finished, let the cake sit at room temperature for a few hours so the buttercream can soften again.