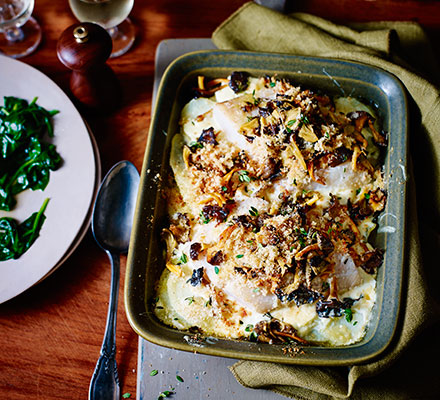 Comforting yet classy, this flavoursome fish bake really hits the spot on a chilly winter evening

Chardonnay is a fine choice for this traybake. Going for a full-bodied variety with a citrus tang lifts the richness of the dish.