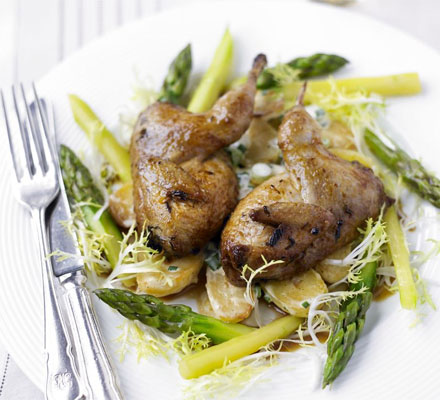 This elegant, restaurant-style main course makes the most of seasonal spring vegetables

Get ahead
The marinade can be used to glaze duck breasts or as a dressing for oriental salads. If you want to make it in advance, it will keep in the fridge for 3-4 days – just stir before use.Oven-ready quail
Oven-ready quail are now available from most good supermarkets as well as butchers and farmers’ markets. Look for plump birds without any bruising or dry patches of skin.