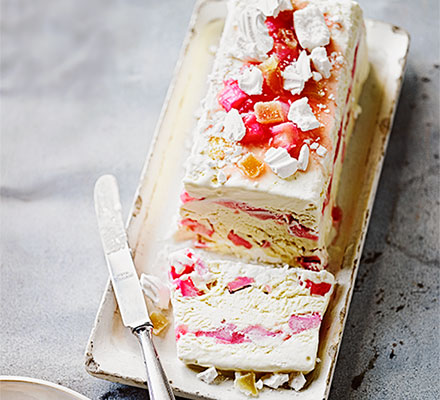 Make the most of seasonal rhubarb in this attractive make-ahead dinner party dessert with ginger cordial, double cream and meringue

You can make this semi-freddo a couple of days ahead and keep it in the freezer for up to a week. It will freeze solid, so take it out of the freezer 20-30 minutes before you want to serve it.