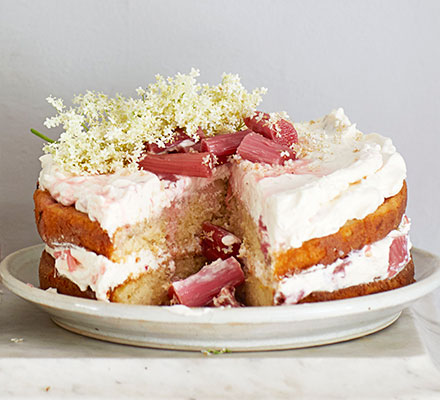 Make the most of vibrant pink rhubarb with a cake which combines its delicious tart flavours and sweet elderflower cordial – a stunning centrepiece!