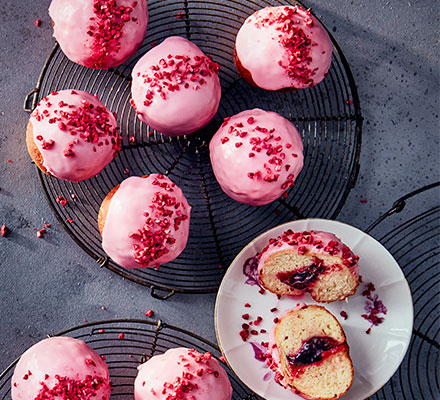 Take your baking skills to new levels by making your own jam-filled doughnuts. Decorate with pink icing and freeze-dried raspberries for the wow factor

You can also bake the doughnuts following this method, but skipping step 5. Heat oven to 200C/180C fan/gas 6. Place the doughnuts on a baking sheet lined with parchment and bake for 8-10 mins until golden brown. Leave to cool completely before icing.