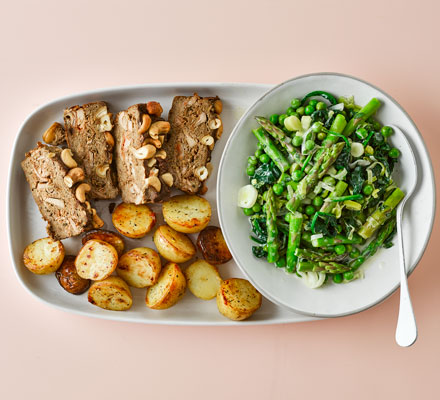 Make this mushroom, jackfruit and chestnut loaf for a vegetarian Sunday lunch. It’s super-healthy, and provides five of your 5-a-day in each serving

Sign up to our Healthy Diet Plan
This recipe is part of our free Healthy Diet Plan. Sign up today and we’ll send you seven days of triple-tested, nutritionally optimised recipes, plus expert tips to help you look and feel your very best!