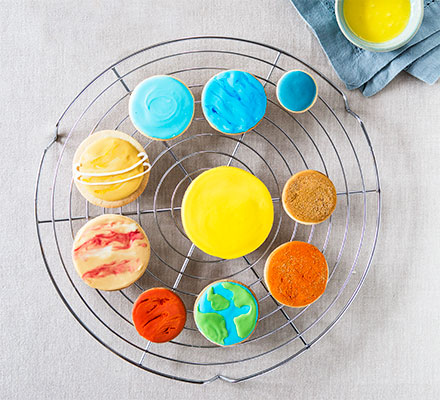 Make a whole solar system from your kitchen with our super cute planet cookies! The baking and decorating will keep even the most energetic children busy over the half-term break

If you're baking these cookies with your children, then take a look at our fun planet facts that go with them.