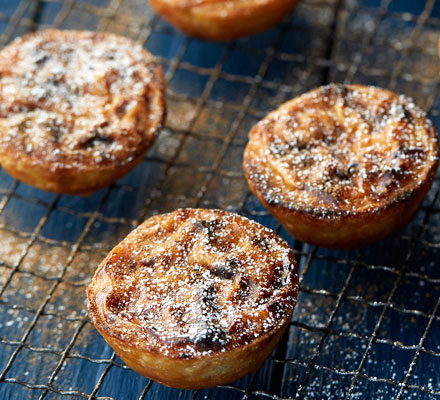 A classic Portuguese custard tart with buttery pastry and a hint of cinnamon and lemon in the filling. Who could resist these delicious tiny treats?