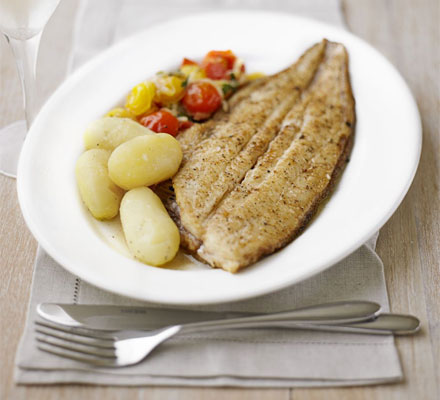 Simply cooked, so you can really appreciate the flavour of this Rolls-Royce of fish

Tip
If Dover sole is too expensive or not available, use lemon sole or the smaller sand soles, but don’t take it off the bone before serving as the flesh will be softer and fall apart.Tip
I serve little waxy potatoes such as Ratte, Charlotte or Pink Fir Apple with Dover sole. For maximum flavour, boil them in their skins. After cooking, cool and peel them, then reheat in melted butter mixed with a splash of water.Tip
Dover sole can vary in size. A 300g-400g fish is the perfect portion for one. A much larger one will serve two – as the flesh will be thicker you will need to cook it for a few minutes longer on each side. Ask your fishmonger to remove the dark top skin from the soles.
MPU 2