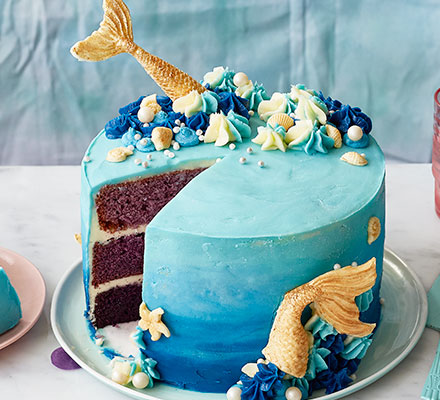 Create a cake with the wow factor with our colourful ombre mermaid. It's a baking challenge but makes a magical party cake for kids and grown-ups alike

You can make different metallic colours by mixing gold lustre with a little water and a drop tiny of food colouring.