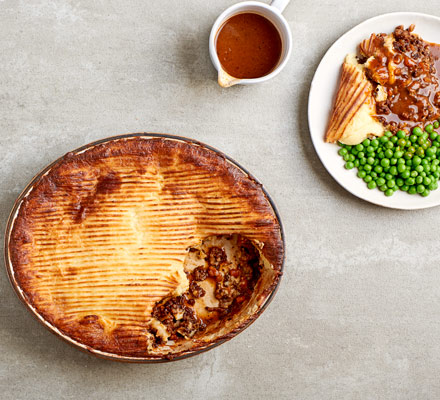 We've taken the humble cottage pie to the next level by giving it defined layers, fluffier mash and a rarebit topping with extra gravy for serving