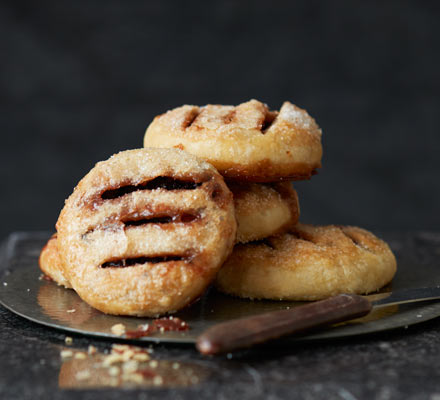 Enjoy these boozy baked Eccles cakes with a chunk of mature crumbly cheese, such as Lancashire or cheddar, or serve them next to your cheeseboard