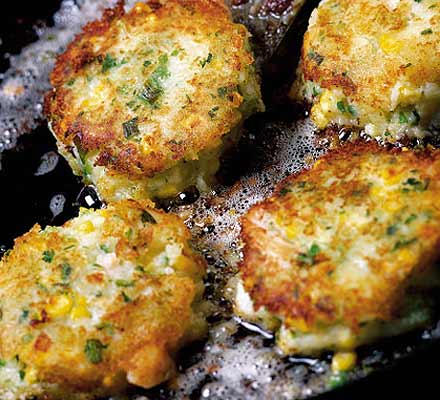 Using corn on the cob
To slice the kernels from a corn on the cob, hold the cob upright, with the pointed end resting on a board. Using a sharp knife, cut downwards with a sawing motion, working your way round the cob in about 6-8 slices.