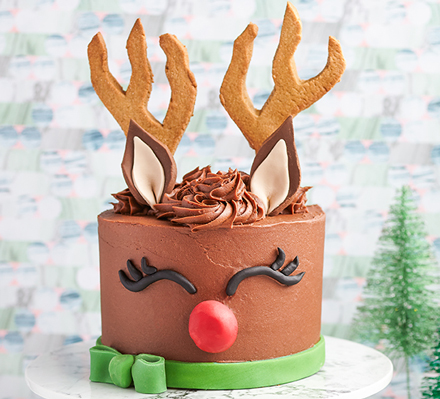 Bake a Christmas cake that looks like Rudolph! Kids will love it and everyone will enjoy the rich chocolate sponge with buttercream and biscuit antlers

For your biscuit antlers use our printable template.