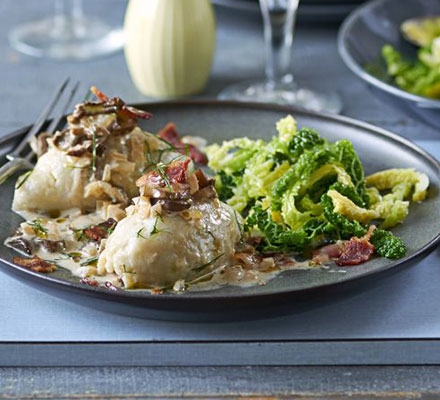 Contains pork – recipe is for non-Muslims only
Try a taste of this Baltic state’s cuisine with these zeppelin-shaped dumplings, filled with pork mince and served with creamy mushrooms