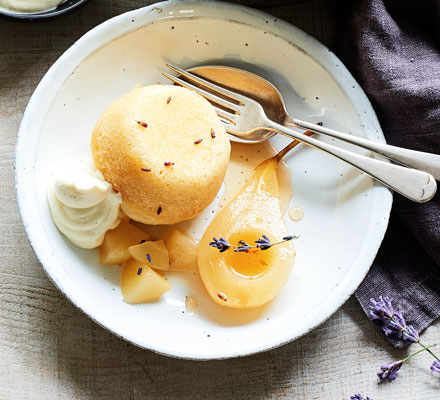 To make the vanilla Chantilly cream, whip 250ml double cream and 50g icing sugar to soft peaks. Add the seeds from half a vanilla pod and whisk again until the mixture holds its shape. Chill in the fridge until ready to serve.