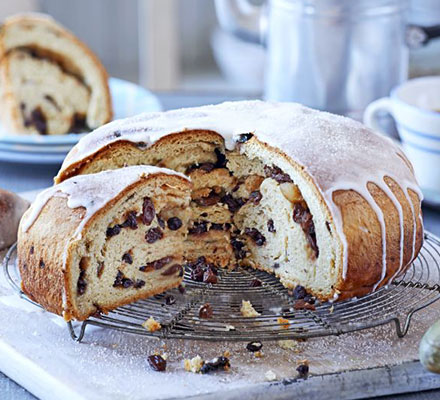 This enriched, spiced, sweet bread is layered up with currants, sultanas, apricots and cherries – serve in wedges for a delicious tea time treat