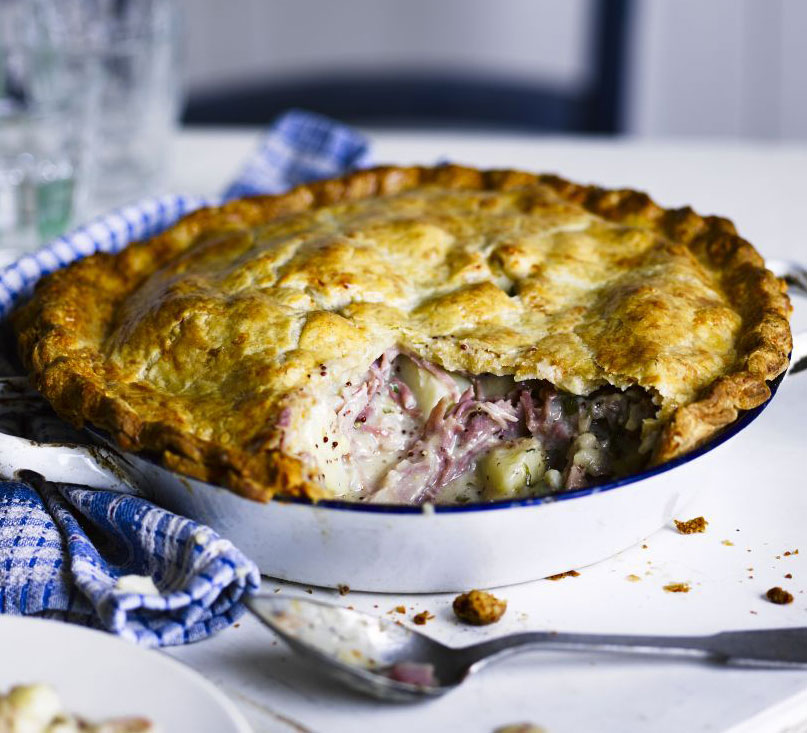 Contains pork – recipe is for non-Muslims only
Slow-cooked tender ham, potatoes and shallots are enclosed in cheesy cheddar pastry – invest in a pie plate or tin for a crisp base