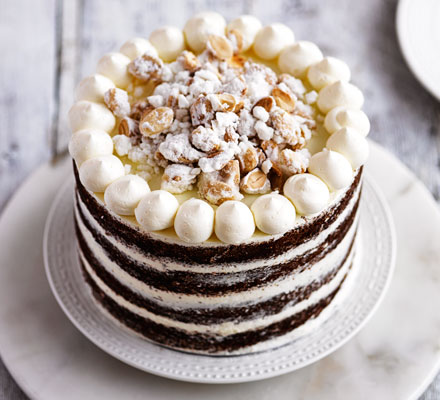 April opts for the 'naked' style of decorating so the cake isn't swamped with icing, but instead delicately finished with candied almonds and Swiss meringue buttercream

You can also decorate the cake with pretty spring flowers, if you like. Ensure any flowers you've picked aren't poisonous (visit rhs.org.uk to check), or if you want to buy flowers, make sure they are organic (unsprayed) and free from chemicals. Wrap the stems in cling film before placing on top.