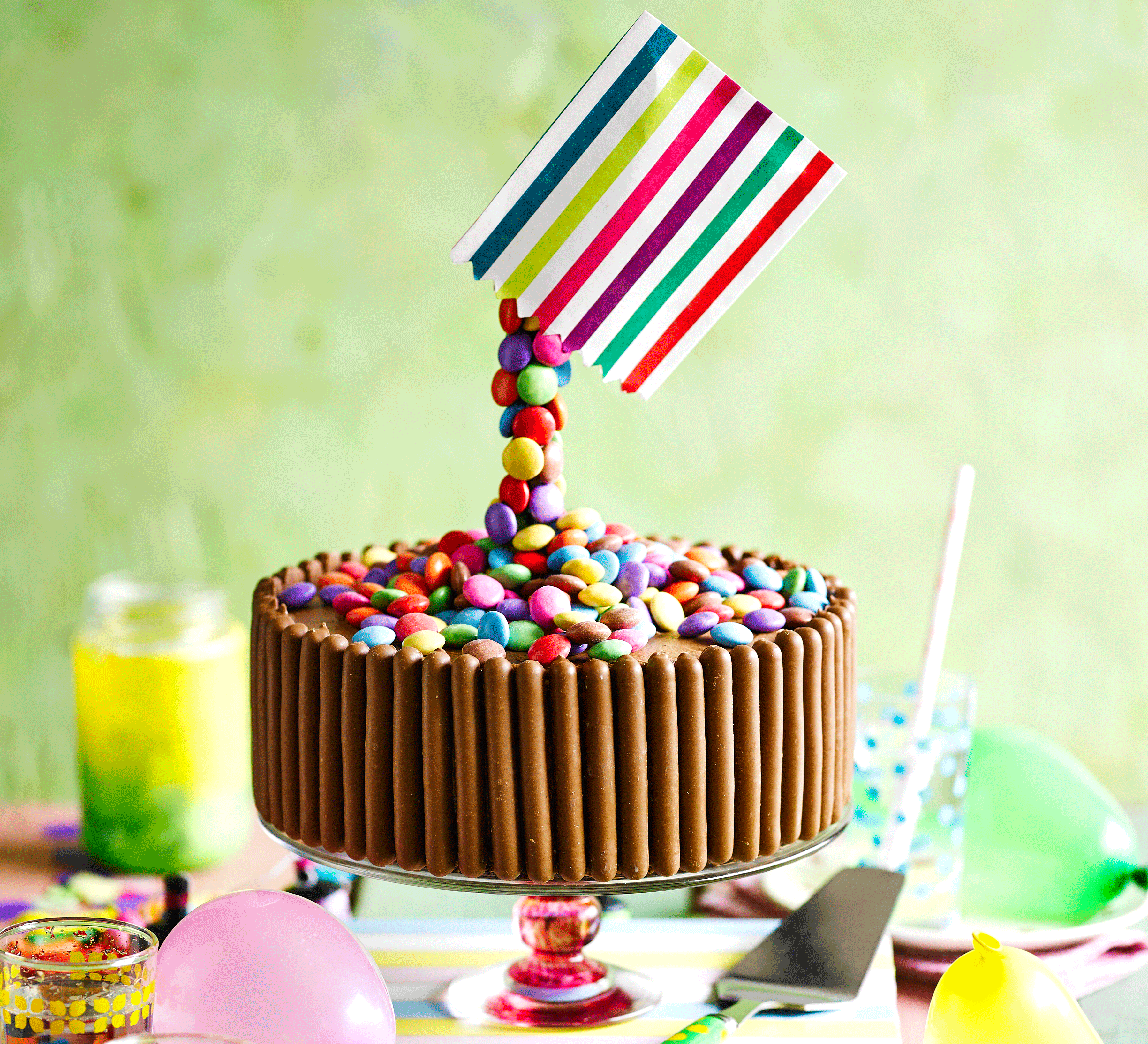 For Cassie's tips and tricks to make your cake a success, see our how to make an anti-gravity cake guide.

You should be able to buy paper bags or sweet packets from amazon.co.uk or ocado.com.